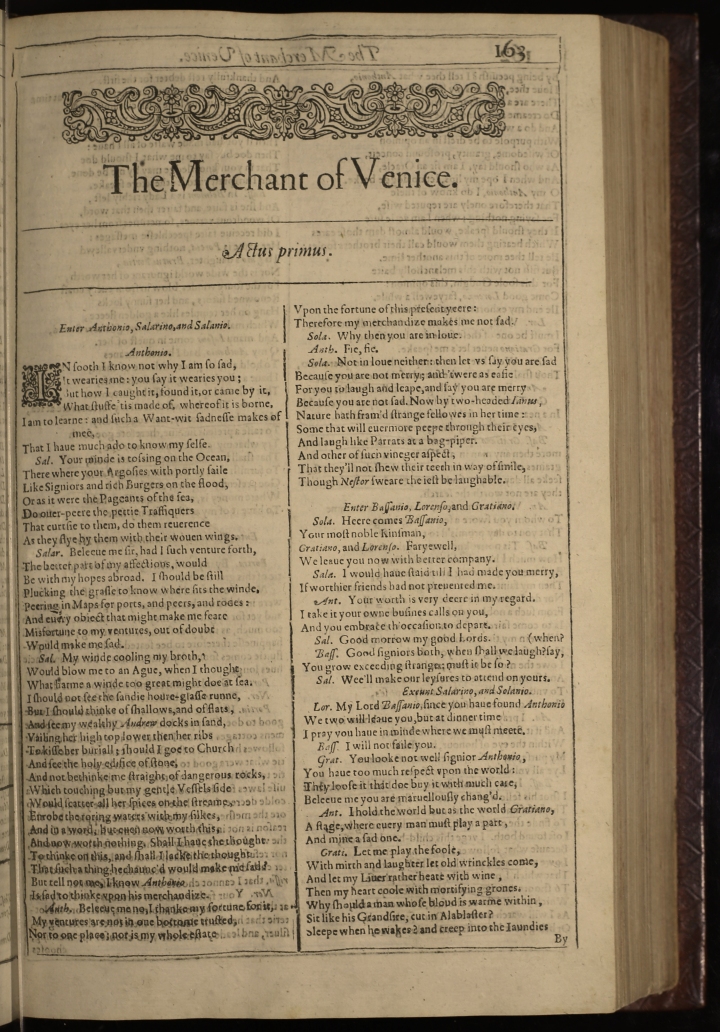 This was a cue-script production, so every member of the cast was given just their own lines and their cues, rehearsed separately, and only found out who else was even in the scenes they share the day of their first performance. (I was in the audience for the third show of a run of five – but two previous run-throughs does not make for a forensic understanding of the plot.)

The director came out to explain in verse what would happen (and indeed at the end to tell us what had happened) and to introduce the cast – what really impressed me was how much of a company they felt, despite the limited amount of time they must have spent in each other’s company!

The costume was modern-dress, the set non-existent, the staging in the round in a small studio which meant the audience was necessarily part of the action (I have never been to the Cockpit Theatre before but will definitely try to go again). The sound cues were minimal. All the greatness of this production was in its cast.

Charlotte Gallagher and Eugenia Low, as Portia and Nerrissa respectively, were a great double act in and out of drag (Dram? Drab? What do we use for being dressed as men?). Portia was played as so light-hearted she seemed often in danger of dancing offstage – but with a very real concern at being lumbered with one of her less-than-suitable suitors which played beautifully into being Balthasar and pulling off the “quality of mercy” speech. Nerrissa was more spiky and more cynical – she and Geraldine Brennan and Luca Kocsmárszky were wonderful in the casket scenes as the mute, but not silent, keepers of the caskets.

Speaking of the casket scenes – Alec Bennie, doubling up as Lorenzo and the Prince of Aragon, clearly relished the chance to pay the blinking idiot in the latter role, while Odera Ndujiuba as the Prince of Morocco chewed the non-existent scenery with astonishing zeal. Jonathan McGarrity’s Bassanio* was just the sort of open and honest fellow you could imagine losing a fortune and winning the love of Portia. He was one of the better actors at feeling his way through a whole scene, not just the lines he knew were coming – his reactions when trying to hide his lost ring from Portia in particular were spot on.

Antonio** was played with deep and abiding melancholy by Michael Luke Walsh – his affection and honour were clearly on show, but it was perhaps a little more difficult to see what caused the strong and very evident bonds of affection between him and Bassanio (and Dewi Hughes’s and Mary Ann Cafferkey’s fine double act as Salanio and Salarino). Matthew Williams played Gratiano as an ageing (reforming) lothario while Lorenzo with his scarf had more a hint of the university student, although mature enough to rein in Nell Bradbury’s capricious Jessica. She seemed more devoted to Daniel Murphy’s gormless Launcelot than to Lorenzo – but the quickfire wordplay in the final scenes showed which one was truly her match.

The one I couldn’t keep my eyes off of was Alexandra Kataigida’s Shylock. She was hypnotic as the bitter, wrathful, vengeful Jew – a quality certainly helped by Shylock’s tendency to have long speeches which could be more carefully rehearsed, but not limited to that. There was a stunning scene when Shylock’s repetitive cries for her bond were cut across with Salanio trying to get a word in edgewise and it had an urgency that really showed the value of the cue-script process. Shylock was set apart by her costume (hair hidden by headscarves, the one scene in Shylock’s house where it was on display gave me that jolt you get from something nebulously transgressive), by her actions, by her intensively negative emotions. The only other person in the play who is so resolutely unhappy is Antonio, which makes it all the more interesting to me that they are antagonists***.

This felt like much more than just a cue-script experiment – it felt like a fleshed-out, well realised piece of drama, with perhaps a little more peril (and a few more prompts from the wing) than your average production…

* He fits in this section because he was the third suitor to try the caskets, OK?

** Who I have always assumed is the titular Merchant of Venice – after all, he is the fulcrum around which all the action moves, and Bassanio is his “most noble kinsmen” and does no merchanting at all in the play.

*** For all that, though, Antonio seems relatively happy to embrace death while Shylock clings to life, even when it comes with outrageous punishment. If there was a sequel, I wouldn’t bet against Shylock.

One thought on “Merchant of Venice”