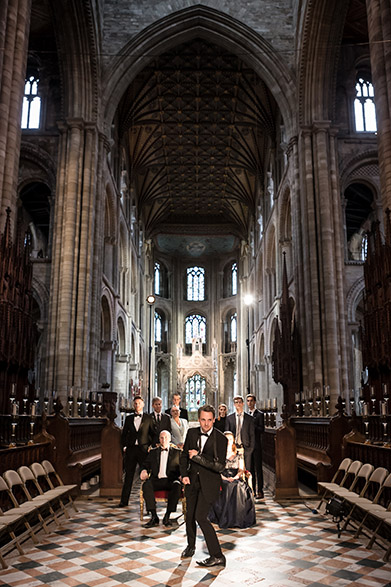 Antic Disposition have been touring Shakespeare productions round the cathedrals of England for a number of years – this production of Richard III hit minor controversy when it was announced it would be performed in Leicester, where the man himself is buried. The director promised that this would be a sensitive production, but that “The play is the play and there is no doubt in it that he is the villain.” So I was interested to see how they tackled that particular dichotomy.

The answer is – with a modern-dress performance that downplayed the stately tyranny in favour of a more personal villain, and used the closeness of the audience to create a claustrophobic and haunting evening.