A quick review of Charles III seemed not out of order – since it was written in iambic pentameter, I don’t think it’s too far outside the remit… 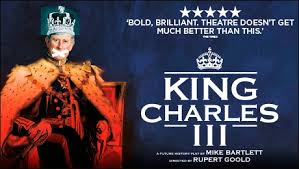 END_OF_DOCUMENT_TOKEN_TO_BE_REPLACED

Desperately seeking Cymbeline is on tour! Well, I’m in Norfolk, which is exactly as flat as you would expect. Norfolk is not a major setting for any of Shakespeare’s plays, but Norfolk as a person keeps cropping up…
END_OF_DOCUMENT_TOKEN_TO_BE_REPLACED

Sorry I haven’t been around much. I’m sure you’ve all been waiting breathlessly!* I’ve been far too busy playing with my Christmas presents, especially since Santa clearly reads this blog…

END_OF_DOCUMENT_TOKEN_TO_BE_REPLACED

There are one or two fun things on the horizon.

END_OF_DOCUMENT_TOKEN_TO_BE_REPLACED

Well, I’ve had my first day of work in 2015, and I’m not sure I like it. I’m not sure Shakespeare did either – after all the worker wasn’t one of Jacques seven ages, and we can all relate to the school boy “creeping like snail Unwillingly to school”.*

END_OF_DOCUMENT_TOKEN_TO_BE_REPLACED

Well WordPress very kindly does its own review of the year to help you out, but I thought I’d round myself up, thank you very much…

So, this year I started my Ten Year Shakespeare New Year Resolution, to see all of Shakespeare’s plays staged. And also, because I am as swayed by peer pressure as the next person, I started a blog to record the productions I’ve seen. And because I soon realised that posting only when I saw a show would lead to a very sparse blog, and because I like to waffle on, it has snowballed into a bit of mishmash of random, vaguely Shakespeare-related posts which take in reviews, quotes from the plays, productions I wish I’d gone to, and a bit of vaguely informative history.

In the four-and-a-half months I’ve been doing the blog, I’ve notched up an impressive 39 posts. Wow. Sorry about that.

My most popular post was my review of The Winter’s Tale (hello Twitter reblogging – I’m calling it the day I went semi-viral.) My least popular posts were on Shakespeare in Love, and announcing ticket purchases. Duly noted, guys.

The day I went viral-ish. It’s really messed up the scale on my graphs…

I’ve been to see six Shakespeare plays this year at an average price of £25.75. I’m an accountant. I have to work that sort of thing out. I enjoyed all of them very much, but my favourite was probably The Winter’s Tale. I really enjoyed the steampunk styling, the use of the space, and (yes) it was nice to go to a play which didn’t have a deathcount in the double figures…

I really enjoyed The Hollow Crown this year, and am eagerly anticipating the next round. Yay Benedict Cumberbatch! 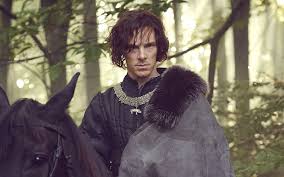 I already have tickets for Much Ado About Nothing, and I’m trying to round up a posse to go and see an Othello at the Rose Theatre in February. Afterwards, we’ll see what comes up!

I have more in-depth posts planned, and I really should get out to Stratford if I can.

And of course I am hoping to go viral enough to get a ticket to Hamlet. Dream big, people, and happy 2015!